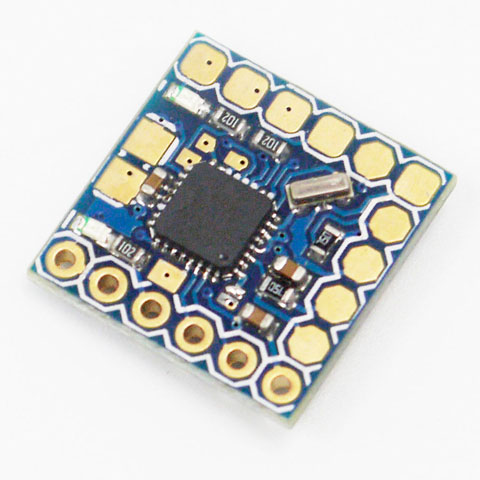 The Micro MinimOSD is the next evolution of minimisation. The Minimosd was engineered to bring users a very powerful OSD at a unreal cost. After all the community mods, we re-engineered the OSD so every useable pin was easy available.(no more surface soldering)  From the manufactures of the WitesSpy KV Team OSD and all your requests have now evolved into the Micro MinimOSD! With all the features of the very popular WiteSpy KV Team modded OSD but in a 15x15MM size. The only difference is that It does NOT have the Dc/Dc converter.  this means less heat when powered off a  Flight controller.   The Micro MinimOSD is the same as the older MinimOSD hardware, but has been modified to take advantage of custom firmware options. You can choose firmware that is MAVLink compatible for ArduCopter, or MultiWii Serial compatible for MultiWii and Baseflight/Cleanflight  control boards. You can connect two batteries up to 4S so you can see the main flight battery voltage.  the second port will allow your FPV battery voltage on the display as well. we also did not forget about the pin for analog or digital PWM RSSI and a connection where you can attach a current sensor.

Features:
• All the same features as the orignal, but less the half the size
• NO Dc/Dc convert . power board via 5 volts
• FTDI cable compatible pinout
• Standard 6-pin ISP header
• Two LED indicators
• ATmega328P with Arduino bootloader
• MAX7456 monochrome on-screen display
• 15x15MM Size!
• Modifications for direct connection of two batteries (up to 4S)
• Pad for an Analog or Digital PWM RSSI signal
• Pad for the connection of a Current Sensor
• ATmega328P with Arduino bootloader
• Standalone, or with APM/ Flip / Flip32+ flight controllers
• These modifications allow direct connection of two batteries (up to 4S)
Big thank you to the KV Team and the OSD firmware and the multiwii-osd team
This hardware take the hardware mods for this firmware, and builds them into an RTF solution.
This Board can be used just as a normal OSD for APM or it can be used with MWC KV Team Mod .
FTDI needed to configure and use.
This board can be used for any MWC  boards or ReadyToFlyer
MinimOSD-Extra firmware is wrote by Gábor Zoltán.

It’s tailored for use with ArduPilot Mega and the MAVlink protocol, and designed to be as compact as possible. It’s main components are an ATmega328P 8 bit microcontroller with an Arduino bootloader, and a MAX7456 monochrome on-screen display. Programming is done through an FTDI card.

What info can this board display as a standalone board?
Regards,
Raha

Do the package include Connection Pin Headers

Can we use this with Pixhawk?

Can it be used with sp racing f3? 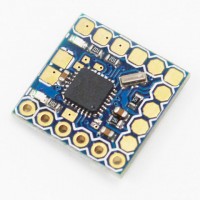