Important Notice:
Due to the COVID-19 pandemic crisis and several other guidelines set by the government. Whole country is under lockdown and most of the business are closed. We will not be able to process any orders until any further instructions from the government.

1. Our tele support might not be in office, but our email support would be available
2. Orders placed after 19th March would be processed once we are back to business.
3. We request you to dont place any order until we are back to business.
4. We also request you to stay indoors and avoid going out unless its utmost necessary.
5. Together we can win over this crisis. If we stay indoors.
6. For any queries please write an email and a response would be provided for sure. 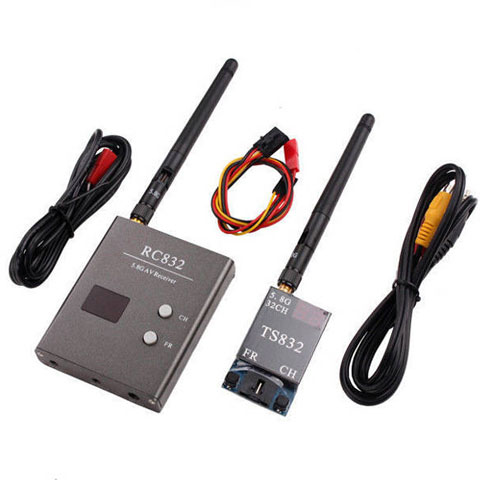 Note: As shown in the image the camera does not comes shell, due to focus issue we have removed shell and sending the camera with board and lens holder.

THIS IS THE NEW 32-CHANNEL EDITION OF 5.8G 600mW A/V WIRELESS SYSTEM.
32 channels: Cover A, B, E bands and F band (Airwave band), 4 bands and all frequencies compactable;
Two switching buttons: CH button for frequencies channels switching, FR button for frequencies bands switching;
Two digits display: one for CH and the other for FR, real-time positioning which frequency band and which channel received;
Power off memory: Replay the very last frequency band and channel
Independent video and audio signal outputs

RX RC832 Specs:
Power input: 12V
Working current: 200mA max
Antenna impedance: 50Ω
Antenna gain: 2db
Video impedance: 75Ω
Video format: NTSC/PAL auto
Note: TX antenna must be installed properly before it is switched on, power on without install antenna, or a improper antenna was used may easily burn the TX, and such damage is not covered by warranty.

hello
is it original boscam tx rx or clone??
and any idea about its range??

can we use it to transmit video from sj400

Yes you can please check this video: https://www.youtube.com/watch?v=KzKChk0urKo

can we connect the receiver video output to a laptop????

You need TV Tuner to receive the signal on the laptop.

You can buy this:

Does this camera have audio out?
If no, then can you suggest camera that gives Audio.
This TXRx supports video and audio transmission !

The camera unless its a action camera like go-pro or any other similar kind, never comes with any mic. The mic is on the transmitter if you dont connector any signal on audio input of the transmitter it would use the internal mic to capture the audio and transmits the same.

In short the camera that comes with this kit does not has mic but the transmitter has a built in mic and it can transmit the audio using the built in mic.

Can this setup be used with the 7″ TFT screen ?

Yes it can be used. 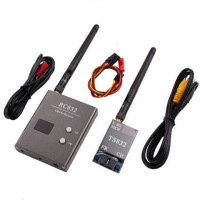